Barriers of Sex and Society

.An author unafraid to defy midcentury attitudes about her gender. “What is important is humanity,” she said, “not being a man or a woman

.Forough Farrokhzad near Tehran circa 1966. She was one of Iran’s pre-eminent mid-20th-century writes , both reviled and revered for her poem 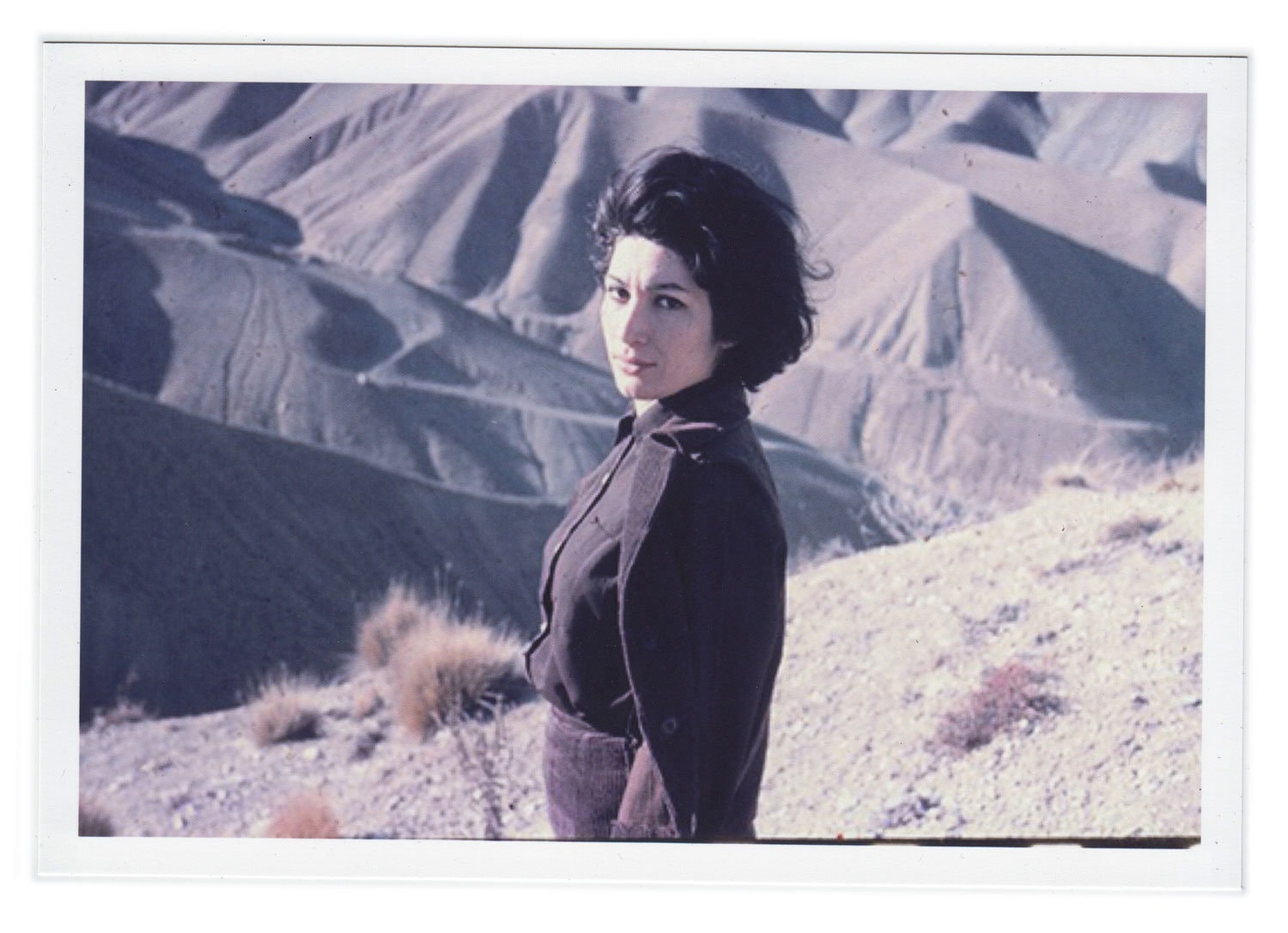 Since 1851, obituaries in The New York Times have been dominated by white men. With Overlooked, we’re adding the stories of remarkable people whose deaths went unreported in The Times

When a radio interviewer suggested to the Iranian poet Forough Farrokhzad that her verses could be characterized as “feminine,” she rejected the notion

“What is important is humanity, not being a man or a woman,” she said. “If a poem can get to that point, it is no longer connected with its creator but with a world of poetry”

Farrokhzad was one of Iran’s pre-eminent mid-20th-century writers, both reviled and revered for her poems, which often dealt with female desire. Throughout her life she struggled with how her gender affected the reception of her work in a culture where women were often confined to traditional roles, but where there are few higher callings than the life of a poet

In the afterword to “Captive” (1955), her first poetry collection, Farrokhzad wrote, “Perhaps because no woman before me took steps toward breaking the shackles binding women’s hands and feet, and because I am the first to do so, they have made such a controversy out of me”

Her death in 1967 at 32, in a car crash, was regarded as a national tragedy, making the front pages of Tehran’s newspapers

Iran’s leading literary journal, Sokhan, wrote after her funeral, “Forough is perhaps the first female writer in Persian literature to express the emotions and romantic feelings of the feminine gender in her verse with distinctive frankness and elegance, for which reason she has inaugurated a new chapter in Persian poetry”

After the overthrow of Iran’s secular monarchy in 1979, the Islamic Republic banned her poetry for almost a decade. But that censorship only elevated her appeal to new generations of Iranians, who saw in Farrokhzad — often referred to simply as Forough — an icon of artistic, personal and sexual freedom

“I can only compare her in America to a movie star or a music celebrity, because no poet here would reach that kind of status,” said Farzaneh Milani, author of “Forough Farrokhzad: A Literary Biography” (2016) and a professor of Middle Eastern culture at the University of Virginia

Forough Farrokhzad (pronounced FOR-ugh Far-ROHK-zad) was born on Jan. 5, 1935, in Tehran, one of seven children of Mohammad Farrokhzad and Turan Vaziri-Tabar. Her father was an army colonel and her mother a homemaker. She studied painting at the Kamal al-Molk school

At 16, Forough fell in love with Parviz Shapur, a distant relative 15 years her senior, and married him over her parents’ objections. They moved to the southern city of Ahvaz, where Shapur worked for the Ministry of Finance. They had a son, Kamyar, a year later

It was around this time that Farrokhzad began publishing her poetry. In a deeply traditional society, marriage gave her a degree of freedom, her first biographer in English, Michael C. Hillman, wrote in “A Lonely Woman: Forugh Farrokhzad and Her Poetry” (1987), using a variant spelling of her first name. With her husband’s support, Farrokhzad traveled frequently to Tehran. She published her first poems with the prestigious literary journal Roshanfekr. But she was unhappy in her role as homemaker, writing in the 1955 poem “Captive”

I think about it and yet I know

I’ll never be able to leave this cage

Even if the warden should let me go

I’ve lost the strength to fly away

Three years into her marriage, Farrokhzad left her husband, whose family would cause her great pain by forbidding her to see her son. She declared her determination to give herself over to her true “lover,” poetry

Her poem “The Sin” exposed her to public ridicule. Much-quoted, it opens, “I sinned a sin of pleasure,” and describes her affair in 1954 with Nasser Khodayar, the editor in chief of Roshanfekr

In dark and quiet seclusion

Absently I lay beside him

His lips poured lust on mine

And I rose from the sorrow of a crazed heart

After the affair ended abruptly, Khodayar presented an unflattering portrait of Farrokhzad in a series of short stories in the magazine. Farrokhzad’s family implored him to stop. A month later, in September 1955, she suffered a mental breakdown. After attempting suicide, she was put in the Rezai psychiatric clinic, where she was subjected to electroshock therapy 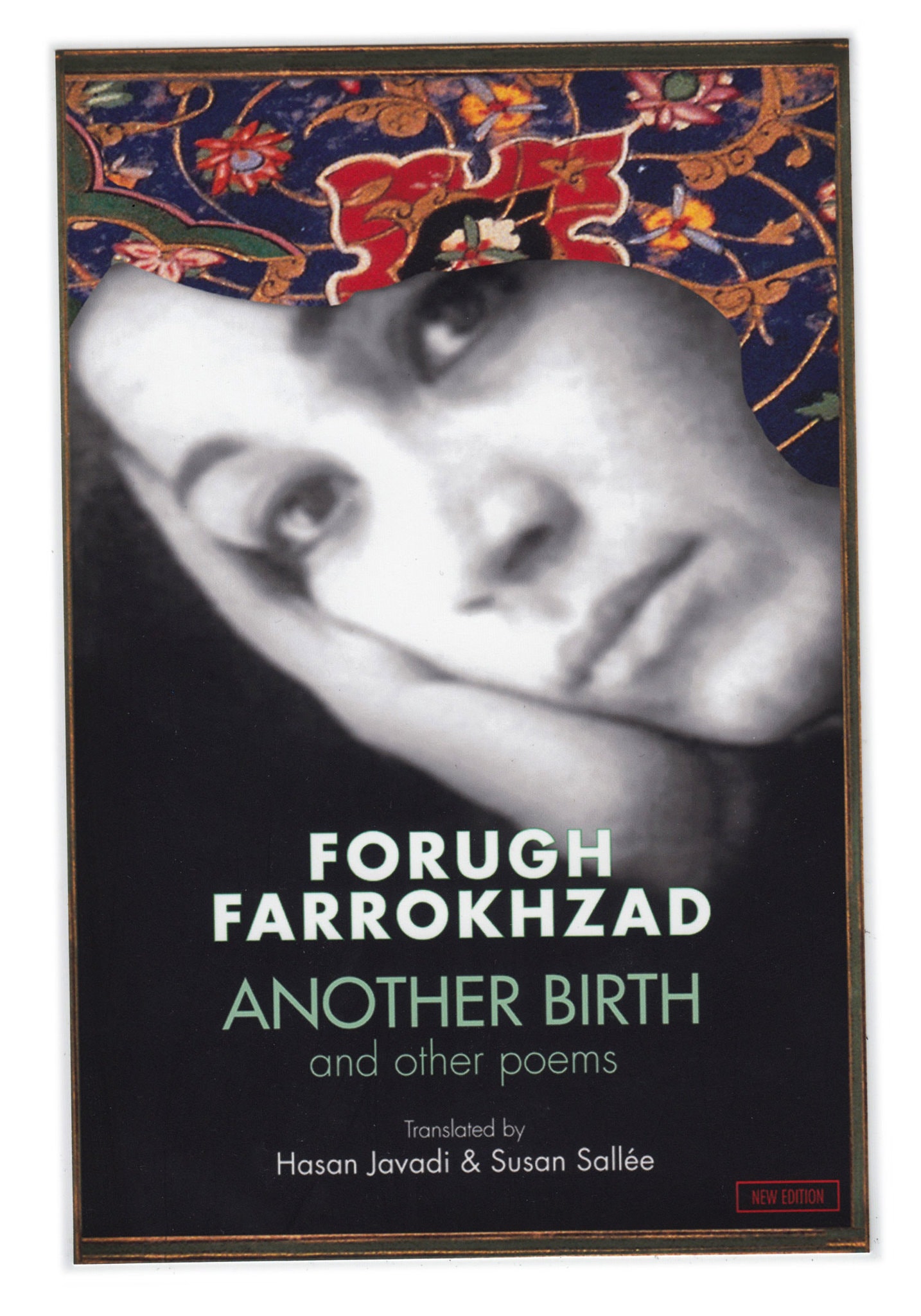 In 1964, Farrokhzad published her landmark collection, “Another Birth,” which included cutting social commentary and established her among the great voices of Persian literary modernism

In 1964, Farrokhzad published her landmark collection, “Another Birth,” which included cutting social commentary and established her among the great voices of Persian literary modernism

Addressing rumors of her madness, a Tehran magazine quoted the medieval writer al-Tha’labi; “Heaven forbid the day when the daughters of Eve, who are lacking a rib, become poets, and beware the day they go mad”

In 1956, after her recovery, Farrokhzad left Iran for the first time, traveling to Europe and remaining there for nine months. She returned with a renewed sense of confidence. The title poem of her third collection, “Rebellion,” published in the spring of 1958, set out her determination to write verse and live freely

She later described the collection as coming “between two different stages of life, the last gasp before a kind of liberation.” Her poems, a few of which called for the “rising up” of women against centuries of injustice, were aimed at the Iranian concept of manhood. Both men and women, she believed, suffered from the gender inequities of society

In 1958, Farrokhzad began work as an assistant at Golestan Film Studio. Her relationship with the owner, Ebrahim Golestan, an avant-garde filmmaker, writer and married man, caused a scandal that spread among Tehran’s literary circles. Her separation from her son continued to torment her. Two years later she again attempted suicide, swallowing a bottle of sleeping pills; she was saved when Golestan found her

Farrokhzad’s last years were full of promising achievement. In 1962, she made a short documentary, “The House Is Black,” about a leper colony where she lived for 12 days. Narrated by Farrokhzad with her own verses, the film portrays the colony as an allegory for Iranian society. While there, she adopted a young son, Hasan Mansuri. The film won the 1963 grand prize for documentary at the Oberhausen Film Festival in West Germany

In 1964, she published her landmark collection, “Another Birth,” which established her among the great voices of Persian literary modernism, alongside the poets Ahmad Shamlu and Mehdi Akhavan Sales.

The collection, whose title poem is a long meditation on love, includes cutting social commentary. “Oh Bejeweled Realm” satirizes the pretensions of both Iran’s Westernizing regime and its middle-class intellectuals:

In the backroom of Khachick’s shop

Snort a few grams of some of the purest stuff

Give out a few oh Gods, and Hallelujahs, haw-haws, aha-aha-aha

And put out my first great novel

Published with a bankrupt press

Yet Farrokhzad never thought of modernity and tradition as mutually exclusive. Like the French symbolist poets whom she read and admired in translation, she reinvented classical imagery in modernist forms. Her last collection, “Let Us Believe in the Beginning of the Cold Season,” published posthumously, was heavily influenced by her reading of the 13th-century Persian mystic Jalaluddin Rumi

“She always had one eye back on tradition, and one eye toward the future,” said the Iranian poet Fatemeh Shams, an assistant professor of Persian literature at the University of Pennsylvania

“Many people who left Iran in the 1980s took three books with them: Saadi, Rumi, Forough,” Shams said, referring to the tumultuous decade after the 1979 revolution, which led millions of Iranians to leave their country

Farrokhzad died in a road accident, returning from lunch at her mother’s house, on Feb. 14, 1967. Hundreds mourned at her funeral. It was a rare gathering of many of Iran’s leading intellectuals, one of the last times before the revolution

She was buried at Zahir al-Dowleh cemetery in northern Tehran, under the February snows